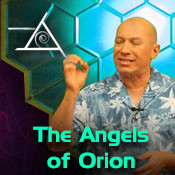 The Angels of Orion - 2 CD Set